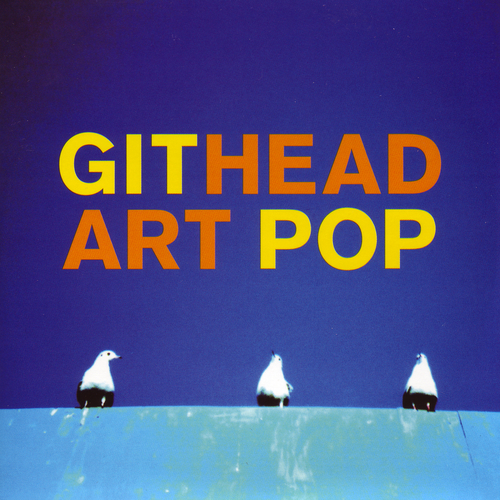 Formed initially as a one off for the label’s 10th birthday bash in April 2004, Githead quickly
established a life and voice of its own. Its “all star” line up –comprised of Wire’s Colin Newman,
Robin Rimbaud (Scanner) + Malka Spigel & Max Franken from Minimal Compact - may have led
many to presume that its life would be short, indulgent & acrimonious. Far from it. Githead, from
the outset has always been a band determined to carve out its own identity and to refine its vision
through its work.

2004’s debut EP Headgit playfully set out Githead’s stall of pulsing, funky rhythms, dub bass-lines
& deadpan vocals set against chiming guitars with a catchy chorus thrown in for good measure.
2005’s debut album Profile took the Githead sound into darker and broader sonic territory
garnering a few “album of the year” accolades from those paying attention. Gigs through Europe
established the band as a live entity pushing them further into the realisation that Githead is far
greater than the sum of the parts. The next album HAD to be even better than the first!

Thus 3 years after it’s debut we have ART POP, Githead’s 3rd release and the band’s most fully
realised work to date. From the single chord build up that serves as the intro to the album’s
opener “On Your Own” (a pop classic for the disenchanted) through to the spaced-out delays that
clang the final epic “Live In Your Head” * to it’s close, ART POP is a real voyage.

Lyrically much less opaque than its predecessors, ART POP brings an emotional depth and
breadth which will surprise and dare we say even shock. Contrast the full-on distorted diatribe on
urban existence of “Drive By” (a kind of “Parklife” on crack) with the acoustic emotional
nakedness of “Lifeloops” or the joy of an Indian summer day captured in “Rotterdam” with the
twin voices of darkness & light on “Darkest Star”.

With ART POP Githead wears its heart on its sleeve. It is more art and more pop, by turns, than
either of its predecessors. Add to the previously mentioned “On Your Own”, the chiming indie pop
of “These Days” (with its rich harmony laden chorus), the oh-so-knowing nagging post-pop of “All
Set Up”, the loping, brooding-yet-catchy “Drop” and irresistible acid space funk that is “Space
Life”, and you have a band that know full-well how to twist their art into shining pop
magnificence. Yet through the speed-rush of “Drive By”, the strangeness of “Jet Ear Game” (whose
vocal is a vocoded, audio rendering of Google translated reviews of Profile), the unsettling
atmosphere of “Darkest Star” & the sheer audacity of “Live in Your Head” * (a song which in its
seven minutes & forty two seconds tracks a totally unexpected path through its arrangement)
Githead makes the listener aware that it’s pop is ever tempered by the fact that it is always art.

Githead is not the band you think it should be. ART POP is not the album anyone would expect it
to make. You can ignore it if you like but Githead’s significance grows with each passing day. In
2004 Githead were a cult classic of the future. That future is now here.

Simultaneously brooding, lush, aggressive and lyrical, this is a reclamation of pop and rock music at their most atmospheric and beguiling. - Michael Bracewell, The WIRE Magazine

Newman seems to have relocated the combination of sardonic intellectual wit and winning pop song craft that made Wire such an engaging (and influential) post punk prospect. ***** - Andy Gill, The Independent

Art Pop does exactly what it says on the tin. Githead get my vote again. - Dean Thatcher, DMC Update

Another expertly skewed missive from a paralell pop dimension - James Papademetrie, Plan B

grounded in technological modernity, not the tired styles of yesteryear.- Louis Pattison, BBC

"On Your Own" is as uplifting an anthem as Newman has ever written. - BH, Flux

Slyly subversive gems that reall Wire when they were edging into poppier territory.- John Lewis, Uncut

Of course Wire fanatics and those who have continuously followed Newman's solo career will enjoy Art Pop, but additionally it has the potential to reach entirely new audiences as previously mentioned. Finally, Githead has made good on its promise with this essential release. - Gary Suarez, Brainwashed

Githead produce spacey electro-funk that deconstructs the best electronic musoic and then rebuilds it to their own schematics... Accessible yet unusual. - Colin Stephenson, Mercury Moon

a deeply textural, and multi-dimensional sound that is nearly impossible to pinpoint on a timescale and surprisingly unpredictable. It's pop-rock, but refined, elaborate and imaginative.- Michael Ardaiolo, Audiversity

Art Pop is arguably one of the best albums of 2007 yet. At times reminiscent of the smart pop of Peter Gabriel and the guitar swirls of My Bloody Valentine (oh yeah, and Wire. It sounds like Wire sometimes too, if you didn't know), Githead is atmospherically blissful and sonically delicious and/or nutritious. 5/5 - Joe Pelone, Wonka vision

Unfortunately at this time we can't offer all the Githead - Art Pop tracks as individual mp3s, as some of these tracks exceed the shops maximum (9mins) download length.

Unfortunately at this time we can't offer all the Githead - Art Pop tracks as individual mp3s, as some of these tracks exceed the shops maximum (9mins) download length.