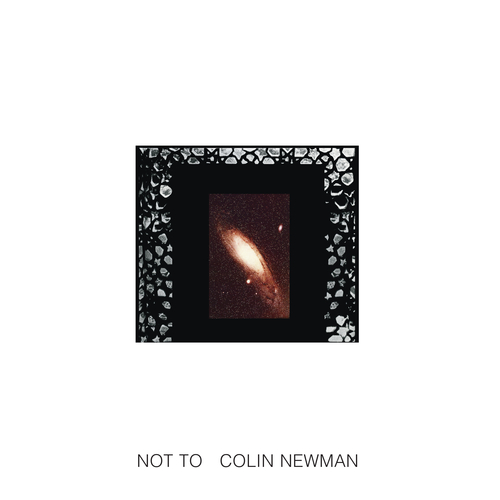 Colin Newman - Not To

Between 1980 and 1982, Newman released a brace of solo albums which continued to push several envelopes. Newman’s 3rd album Not To (1982) is probably the finest of them all. Now, for the first time, the album has been completely remastered and augmented with a whole additional disc of unreleased tracks.

Not To sees Newman developing his distinctive art-rock in a more melodic pop direction. Songs such as the gorgeous ‘Lorries’ with its chiming Byrds-like guitars and serpentine bass line, or the reflective ‘Remove For Improvement’, contribute to an album with a strong psychedelic sensibility - complete with an unexpected Beatles cover – a deeply woozy take on George Harrison’s ‘Blue Jay Way’.

Other highlights include the beautiful, meditative title track and the minimalist stream of consciousness of ‘Truculent Yet’. Where Newman’s previous albums had foregrounded studio experimentation, Not To keeps the focus clearly on the band dynamic. For this reason, the collection of songs has a timelessness which many albums of the period lack. Contemporary reviews were unstinting in their praise. NME called it “icicle-cool pop”. Hot Press described it as “Newman’s most commercial offering to date,” adding that “this man could be a major force”. Whilst Melody Maker summed it up even more neatly: “Originality and a determined lack of compromise… what more could you want?”

The additional disc presents the luminous single ‘We Means We Starts’ alongside 21 previously unreleased songs, which essentially constitute the demos for what would have been Newman’s fourth solo album. And it turns out it would have included some absolute gems. ‘But Either Way’ wouldn’t have sounded out of place on Wire’s 154, whilst the fizzingly optimistic ‘You Must Decide’ is up there with Newman’s finest songs. Some of the demos also feature early sequencer work which point towards both Wire’s mid-80s incarnation and the ideas Newman would develop in his later solo work. Another treat is an early incarnation of the Not To track ‘1, 2, 3, Beep Beep’. Far superior to the quirky album cut, here it comes across as much more intense, yet also far more melodic.

What shines out from both Not To itself and these demo recordings is an abundance of ideas and approaches, showing an artist with an ever evolving creative drive.