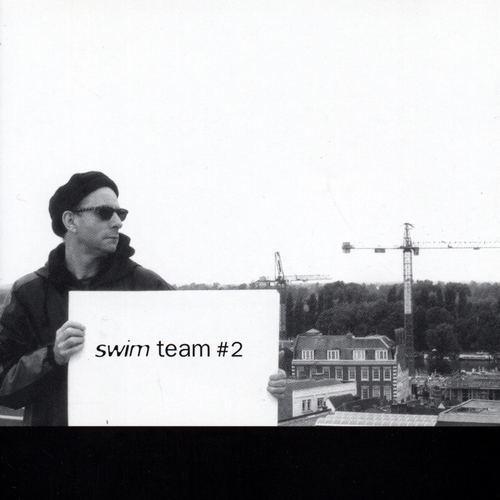 NOVEMBER 5TH and the second in swim's numbered "team" series will be delivered to the
waiting world's door. With 19 tracks (of which only 3 have been previously released) and featuring
5 new artists this album can justifiably claim to offer the best of the future of swim as well as
excellent value in it's sale price of under a tenner.

For the uninitiated here's a bluffer's guide to all those tracks and the swim artists who made them.

1. SILO - Root: If you haven't heard of silo then you must have been asleep for the past 3 years!
Here are 3 blokes from Denmark who combine rock and electronics at such a fundamental level
that they are as capable of getting 5 star reviews from Muzik as they are from Rocksound (and we
don't mean on Rocksound's "dance" pages!!). Lauded by artists as diverse as Robin Guthrie, Pole
& Labradford they get called stuff like "brutally persuasive" and "pure techno" in equal measure.
Root is exclusive to this compilation.

2. TOUCAEN - Lecci on the Grande Jatte: New boy Dave Scattergood from Manchester
earning his swim spurs with a tune concerning eating Ice cream in Venice. Written of course in
sunny Manchester! Toucaen's music combines a breathless beauty and a wilful naivety with
touches of sonic perversity that will secure him his first solo swim release in 2002.

3. HOST - In Suspension: A new project combining the literal and biblical meanings inherent
in the word. A vehicle for swim artists to try working in new and unlikely combinations with other
artists on the label and anyone else they might consider interesting. This particular track is the
result of an almost accidental collaboration between new artist DICTAPHONE (Oliver Doerell) and
our very own "Queen of swim" Malka Spigel.

4. BUMPY - Bumpy on the Beach: Bumpy had his first outing on swim team #1 and managed
to get very favourable mentions in some of the reviews (including track of the compilation in one
of the dance mags). Not bad considering he was only 10 when he made the track! By now he has
of course attained the age of 12 and his work has taken on a mature reflective quality more
attuned to his advanced years. Er... no! Instead we have his trademark somewhat illogical parade
of unlikely samples and sounds that "went a bit funny" stitched together with a thumping house
beat. Of course we are far too old to really understand it!
He also made a little i-movie video for this featuring blobby characters and quite a lot of "bumpy
rules" from what we can remember!

5. COLIN NEWMAN - Tsunami (edit): That bloke from wire and so-called swim boss
presents another track from his album that isn't quite finished yet. Tsunami (the BIG wave) with
its big drums and even bigger guitars has been a live favourite from Colin & Malka's shows over
the last couple of years.

7. IMMERSION/ FLYING SAUCER ATTACK - Even Further: Immersion is Malka & Colin's
more abstract mode. Formerly Bristol based; Lo-Fi kings Flying Saucer Attack released several
albums on Domino and their own label during the late 90's. This track is an oddity. After FSA's
1995 cover of wire's classic "outdoor miner" contact was established and a friendly payback mix
was made taking some elements from FSA and adding in some Immersion. Due to no suitable
vehicle being found the track never saw the light of day. However with contact being reestablished
it has been dusted off and given a 2001 makeover. Who knows what it may be the
start of?..

8. LOBE - November (edit): Edinburgh's Ian Hartley who has made albums that have been
variously described as "the best music to fuck to. Ever" and "the album of the 90's" Is back newly
emboldened from a round the world trip that has enriched his music with a newfound confidence.
This taster for his 3rd album in the making shows Ian starting to move into uncharted waters with
an approach combining much more treated audio sources along side his trademark luscious synth
sounds. Yet still retaining that peerless grasp of sheer beauty.

9. DICTAPHONE- esc. Meetings: Another new artist. Berlin based Oliver Doerell spent his
formative years in Brussels (a city where Malka & Colin spent the formative years of their
relationship) which has given his music a kind of lyricism. This in addition to that "Berlin
atmosphere" (which will be familiar to fans of music emanating from that city) makes for a music
which is both unusual and strangely beautiful. Timeless

10. SYMPTOMS - Stale Air on a City Morning (edit): Klaus Ammitzbøll brother of silo's
Fred) presents an edit of one of the epic tracks from his 2nd album "Apathy" (wm32). It would not
be an understatement that Klaus deserves the title of "bedroom genius" perhaps more than any
other artist we can think of. His music is like his character both doggedly individualistic and
highly intelligent. Yet, and here's the twist, he can make you gasp with the sheer beauty and
emotional intensity of it all. Stale Air deserves it's own sci-fi movie to be crafted around it. His
view of the city is at once both alien and futuristic.

11. MALKA SPIGEL - Antimatter: Our very own Queen of Pop! Malka sings backwards while
hubby Col does the dishes! Instantly recognisable whether in English or her native Hebrew,
whether forwards or backwards Malka surprises many of her UK converts with the fact that she
wasn't actually the singer in her original band (Minimal Compact the only credible band to come
out of Israel) but in fact the bass player.

12. BEATKITTEN - Bored?: Another new artist this one a fronted by Anglo-Italian artist/poet
Leonie Heyes-Cercio. Sassy, sexy and rather clever beatkitten seem to be intent on welding a new
kind of music out of improbable yet highly attuned elements. This tracks is almost, dare we say
"jazzy" in a way that you won't need to wash your mouth out with soap after you've said it!!

13. COLIN NEWMAN - Time Will Allow: Another track from that bloke. This one with actual
vocal utterances (the first bearing his own name, featuring such, for many a year). Of course being
a perverse bastard he's managed to chop up the verse into something pretty much indecipherable and
telephonised the chorus to such an extent that no one could actually accuse him of singing!!

14. SILO - Prime Movers (edit): An offering from Silo's recent and heavily lauded "alloy"
(wm29) and the original to the "boss remix".

15. BUMPY - Blokey: Although knocking out tunes comes a poor third to Nintendo/playstation
thumb action and avoiding homework the boy has managed to chalk up more tracks towards him
inevitable album. This one was favourably compared to massive attack by someone who knows
about these things and features bumpy's 2nd only attempt at guitar playing as well as a distorted
Jews harp for some reason..

16. IMMERSION - 2Mstens: Immersion in full "low Impact" style. This track was originally
made for the "genuine particle" compilation on the Brooklyn based CDR label named for this very
cool and very underground compilation of sub 1.30 tracks.

17. FREDERIK AMMITBØLL - Copy: Fred is Silo's guitarist, occasional vocalist and chief
boffin. In between crafting the mixes that make Silo's album's so special and doing very clever
things with computers which make him one of Copenhagen's in-demand programming whizzes he
is finding time to gradually accumulate material for a "solo" album. Understated yet warm, this
sophisticated piece bodes well for the future.

18. SYMPTOMS - Rose: Klaus has also contributed a 2.30 miniature for this album in the form
of the jagged and slightly disturbing but yet harmonic "rose" He says he plans for his next album
to be a contrast to the epic nature of "Apathy" with smaller more intimate pieces. We can't wait?

19. IMMERSION - Outro: The merest hint of 3rd millennium style Immersion. This soundscape
is made entirely from elements of the video to which it is the soundtrack. A combination of
natural ambience and digital treatments will create the audio elements to a series of location
based videos.

SPECIAL THANKS TO Julia Kussius (swim de) for compiling this classic

Unfortunately at this time we can't offer all the Various Artists - Swim Team #2 tracks as individual mp3s, as some of these tracks exceed the shops maximum (9mins) download length.

Unfortunately at this time we can't offer all the Various Artists - Swim Team #2 tracks as individual mp3s, as some of these tracks exceed the shops maximum (9mins) download length.