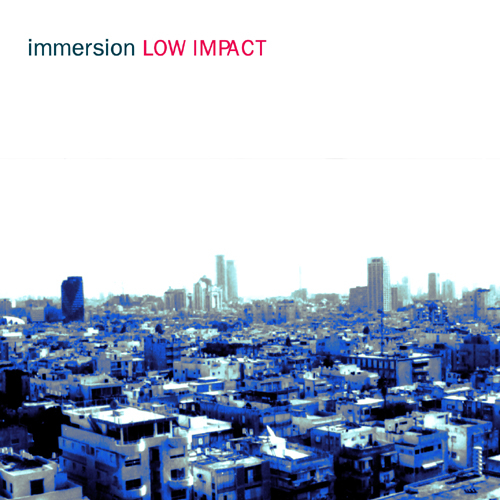 
BACKGROUND
Immersion's 1994 debut Oscillating while mostly ignored in the UK was a great success in the rest
of Europe (aided no doubt by the belief that the mystery shrouded duo hailed from Germany). The
only UK review, in the Wire, described it as "acid trax wound down to such an extent that the
notes fold slowly in on one another rather than jumping around in hyperventilating panic".
However the more adventurous members of the UK & US techno community took note of this
record which acted as a distorting mirror on the music they were fashioning and before long an
ongoing remix project was underway. Resulting in a series of 12"s (and eventually an album - one
of the first examples of a now common format). Immersion's submerged dancefloor rhythms were
transformed during '94 & '95 by Scanner, Vapourspace, Telepathic label boss Fred Giannelli,
Claude Young then an emerging star producer , LFO's Gez Varley (in the process of giving birth
to his g-man identity), Mick Harris, Paul Schutze, Cylob and others.


LOW IMPACT
Fast cut to the late 90's.... It was 1999 and the whole musical climate had changed. Turning away
from the dancefloor, Immersion's new album reflected the beatless boundaries where styles
become immaterial, where great music stands on it's creativity alone and tribal considerations of
what it is are long forgotten.

"A masterpiece of modern, contemplative, electronica. Low Impact contains music of Immense
proportion yet keen subtlety. Music that will envelop and subvert all the listener's preconceptions
of ambience and isolation.

A mere six tracks, each one unravelling into a beautiful, well, immersive experiences, it's as
enticingly minimal as music gets. (Calvin Bush) MUZIK

MP3 format technical details
These mp3 tracks have been encoded with LAME providing you with a very rich listening experience. No DRM or copy protection is built in to the mp3s.

Unfortunately at this time we can't offer all the Immersion - Low Impact tracks as individual flacs, as some of these tracks exceed the shops maximum (9mins) download length.

FLAC format technical details:
These FLAC tracks are superior to MP3 in that they are compressed without any loss in sound quality. For further technical details or player tips, visit the Help section

Unfortunately at this time we can't offer all the Immersion - Low Impact tracks as individual flacs, as some of these tracks exceed the shops maximum (9mins) download length.